Difference between revisions of "American Philosophy and Its Contemporary Relevance"

Course Description: This course will provide an introduction to the pragmatist tradition of American philosophy. It will focus on the philosophical ideas of the leading figures of this movement, including Peirce, James, and Dewey. At the same time it will explore the influence and contemporary relevance of pragmatist philosophy, particularly as concerns developments in psychology, and in the social sciences. The course will include a two-day intense weekend session focusing on the influence of American pragmatism on 20th-century German philosophy.

Course Description: This course will provide an introduction to the pragmatist tradition of American philosophy. It will focus on the philosophical ideas of the leading figures of this movement, including Peirce, James, and Dewey. At the same time it will explore the influence and contemporary relevance of pragmatist philosophy, particularly as concerns developments in psychology and in the social sciences. The course will include a two-day intense weekend seminar focusing on the influence of American pragmatism on 20th-century German philosophy.

The final session will be structured around powerpoint presentations by the students in the class. These presentations will be recorded.

9am Pragmatism and Positivism Slides 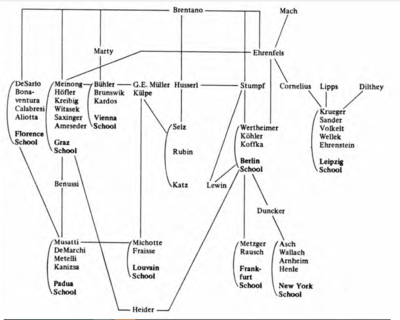 11:00am Pragmatist Theories of Truth

2:00pm Gibson and Barker, and the Role of E. B. Holt and Kurt Koffka

Smith, "Toward a Realistic Science of Environments"
Smith, "Objects and Their Environments: From Aristotle to Ecological Psychology"

November 1: From Pragmatism to Radical Embodiment